Buckland on board with Ponty

Pontypridd RFC’s recruitment policy for the coming season has been given a significant boost with the signing of Wales under 20 scrum half Dafydd Buckland. 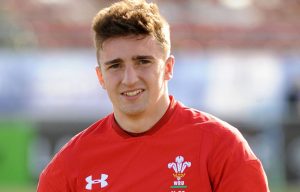 Hailed as one of the most promising up and coming players on the circuit, Buckland has departed the Gwent Dragons region and committed to Pontypridd in a bid to re-ignite his fledgling career. He was nominated as man of the match when Wales beat their New Zealand under 20 counterparts last year.

A dynamic performer at the base of the scrum, Buckland will undoubtedly boost Ponty’s hopes of competing for Premiership honours.

Announcing his move to Sardis Road, Buckland said: “Pontypridd are a club with a lot of tradition and great support. What I want more than anything is game-time and an opportunity to secure a professional contract and show what I can do. This is a new chapter for me now and I look forward to a fresh start with Ponty”.

Dafydd Buckland will compete with club favourite Joel Raikes for the no9 shirt at Ponty, giving the club top options in a key position when the new season gets underway.