The Group’s Annual Report, published on Friday 11th October, reveals the full impact of cancelling the final round 2020 Six Nations clash with Scotland – due to the health crisis – and describes how some 78% of income is derived from staging international matches featuring the Welsh team and the commercial activities associated with it. 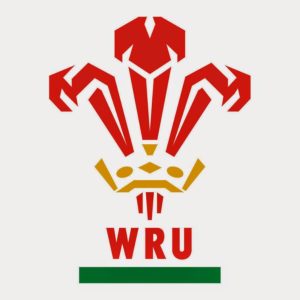 The postponement of the Scotland game alone amounted to c.£8.1m deficit and the Group’s loss was also influenced by the absence of other planned events such as Judgement Day and a Rammstein concert.

But a swift response to the crisis saw the Group reduce costs.

This, together with  £4.9m of income, provided by the Group’s share of CVC Capital Partners’ investment in the PRO14 competition, helped to mitigate the pandemic’s effect.

Alongside the natural reduction in costs arising from the early curtailment of rugby activities, measures reduced costs by c.£1.9m in YE20 and are expected to further reduce costs by up to c.£2.5m in YE21.

Decisive action meant the Group was able to continue with re-investment in community clubs, including making c.£1.0m available as emergency funds to assist with rebuilding after Storm Dennis and dealing with the Covid-19 issue.

“Managing the impact of Covid-19 down to a £5.3m deficit would not have been possible without the efforts of the Board, our commercial partners and the wider rugby family,” said CEO and former Finance Director Steve Phillips, who also adds a note of caution for the year ahead.

“We had expected to show a break even result for the current year and were on track to achieve this up until the business and economic disruption that was caused by the pandemic.

“Its impact on the Group has meant an unanticipated loss, but we expect to be able to retain profits over the medium term to be able to offset this loss and return net assets to previous levels.

“The Group has a healthy business, with a strong balance sheet and adequate liquidity. Immediate measures were taken to reduce costs and protect our financial position.

“However, it is too early to quantify the full impact of the Covid–19 pandemic on future financial performance and the Group will continue to closely monitor the developing situation.”

The average ticket income per attendee at matches held at Principality Stadium in YE20 was £43 (2019: £49) and there is a direct correlation between matches played and any increase in the Group’s revenues, which are in turn available for re-investment in Welsh rugby.

“We are delighted that international rugby will return this autumn but the prospect of playing without spectators has an obvious and directly negative influence on our ability to generate revenue,” added Phillips.

“We have contingencies plans in place, for example for the prospect of home matches in the 2021 Guinness Six Nations having to be played in front of part capacity crowds, due to social distancing but no crowds will present severe challenges.

“We have sufficiently robust banking facilities but there is no doubt that YE21 is when the full impact of this pandemic could be felt.

“We can be proud of what we have achieved so far and, under present circumstances, only making a £5.3m loss in YE20 can be viewed in a positive light, but there is also much hard work ahead, just as there is for all in the sports, leisure and entertainment industries as we continue to navigate through the uncertainties arising from the current pandemic.”