Surprisingly this game went ahead after Storm Callum, but supporters who followed Pontypridd to St. Helen’s were not left disappointed after Pontypridd secured a well fought victory against the determined Swansea side.

It was the away team that notched up the first points early in the game with a push over try from Huw Dowden in 2nd minute. 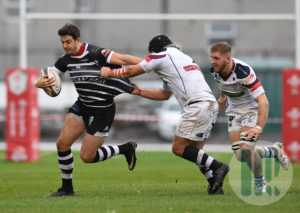 Swansea fought back against the Pontypridd defence with a break from their scrum allowing Josh Guy to cross the line in the 23rd minute, leveling the scores for the home team.

Swansea with their strong defence held their defencive line well into the first half until Dale Stuckey crossed over into the corner in the 43rd minute and subsequently converted by Ceri Sweeney.

This followed quickly with a further try deep into injury time in the 47th minute by Alex Webber who started his first game after returning from injury. 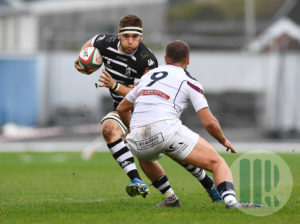 Ponty broke down Swansea’s defence again in the 50th minute when Dafydd Lockyear offloaded for Alex Knott to score under the posts which was followed by a Ceri Sweeney’s conversion.

Despite a lot of possession by Swansea in the second half, Ponty held a strong defence throughout limiting the opportunity for Swansea to break through. 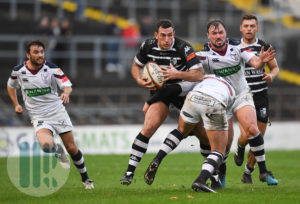 Pontypridd’s final try came deep into injury time in the 87th minute when a Huw Rees one handed offload found Morgan Sieniawski in support to cross the line then converted by Lewis Williams.