Both of last season’s National Cup finalists, winners RGC and runners up Pontypridd, dropped out in the first round of the 2018 competition played on Saturday 6th January. 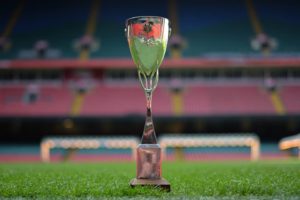 RGC were edged out at the death at Ebbw Vale, going down by 16pts to 14, whilst Pontypridd lost out at Cross Keys by 21pts to 16.

There were no giant killing acts in terms of Championship teams beating their Premiership rivals, but four second tier sides go into the next round draw, Pontypool and Rhydyfelin having won their matches against Tata Steel and Newbridge respectively, and Beddau and Bedlinog given first round byes.

In the televised game on Sunday Cardiff Met hosted Llanelli and went down to defeat by 15pts to 56.