Having come up through the ranks of Llantwit Fardre RFC, Pontypridd boy Morgan Sieniawski was drafted into the Blues age grade squads and Academy and capped for Wales at Youth and under 20 level. 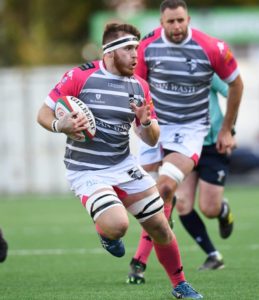 Whilst with the regional academy Morgan was allocated to Cardiff RFC but on his release in 2017 immediately joined up with his hometown club Pontypridd.

Morgan made his mark in no uncertain terms as a dynamic forager in the loose, able to cover across the back row. His outstanding form at Premiership level earned a deserved call-up to the Wales Sevens senior squad in 2020 entailing his departure from Pontypridd, having notched up 16 tries in his 62 appearances for the club.