Gabriel Davies links up with Ponty

A valuable addition to the Pontypridd RFC ranks for the coming season is centre Gabriel Davies. 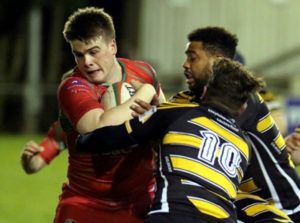 The Cardiff based midfielder developed through the Blues regional age grade ranks before gaining some Premiership experience with both Cardiff and Bedwas.

Most recently representing the University of West of England, Davies was a stand-out performer in his team’s match against USW at Sardis Road last season, and has been capped by Welsh Universities.

Aged 23 and standing at 6ft 1in Gabriel Davies has some of the physical attributes of his brother Seb, current Blues and Wales lock forward who played with distinction for Pontypridd during his development.