Today (9th September) Arthur Evans reaches his 100th year and all at the rugby club that he holds so dear will wish him many happy returns of the day. 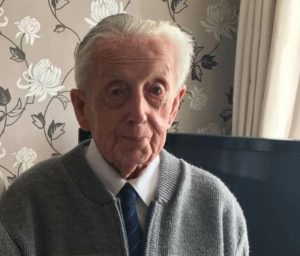 Arthur Leonard Evans was born in Ferndale on 9th September 1920 and has lived in Hawthorn for the past sixty-nine years. He was a sergeant in the RAF from 1939 to 1945 stationed in Ceylon, during which time he was decorated for his services, including the Burma Star and Africa Star. He went on to work for BOAC from 1946 to 1980 starting as a fitter then becoming workshop manager. 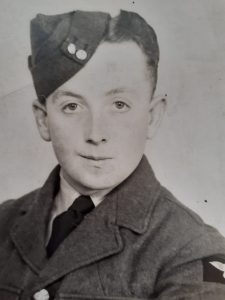 Arthur has always lived life to the full, an active person who had flying lessons for his 70th birthday. He started the neighbourhood watch scheme in his area, was on the local crime prevention panel, and was nominated as Community Safety Volunteer of the Year by South Wales Police. He has also been a dedicated volunteer at the Bethel Baptist Church in Hawthorn.

He has been a lifelong supporter of Pontypridd RFC, a valued member of the Friends of Pontypridd, and was recently thrilled to receive a jersey signed by all the players.

There may be a card from the Queen coming through his letter box today, just as important are the best wishes of all at Ponty RFC for Arthur Evans – 100 years young.