The joy this week on the face of my young grandson, Tom, when he told me he was getting back into rugby training with the rest of his friends at Clwb Rygbi Cymry Caerdydd U7s was succour for the soul.

I know that this is a feeling repeated the length and breadth of the country as our clubs, hubs and community teams take their first steps towards returning, safely, to rugby. 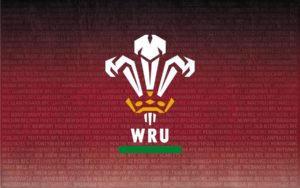 I commend our club operations, medical performance and community rugby teams for creating the guidelines in accordance with the Welsh Government to enable this process.  We have taken some small steps but they are determinedly steps in the right direction.

In the professional game too our regional teams have entered a new phase in their return to rugby with training now full contact and able to resemble pre-Covid-19 routines and patterns, whilst observing the stringent safety protocols that have been put in place. I know the aims and objectives here are very much to keep the virus off the pitch and away from the professional rugby environment altogether rather than to try to play the game itself in a different way, but we will continue to watch and learn from other nations who are ahead of us as well as other sports.

Sports like football, which could potentially provide a host venue for Wales’ replayed 2020 Six Nations match against Scotland.  There is still much to be decided in terms of crowd access, which will directly influence our choice of venue, but we now have a confirmed fixture (detailed below).  Again, it is these small steps which give us all hope and we look forward to the next positive move forward on this front, which would be test events in front of small crowds.  Once we have a venue then we will, assuming crowds are permissible, be making tickets available at the earliest opportunity.  We know supporters are keen to return with around 25% of those seeking refunds on the original Scotland fixture choosing the credit or donate options we have offered.  I would like to personally thank all those fans who have shown their support for Welsh rugby in this manner and in particular those who have donated the money they spent on tickets, which has provided well over £20,000 in extremely welcome funds to our game already.

Next week we will begin the interview process for the next chief executive of the WRU, to succeed Martyn Phillips who will leave us in the autumn.  Martyn extended his tenure having planned to step down after the Rugby World Cup and I know I speak on behalf of the Union in thanking him for ‘stepping up’. Not only has he led the WRU from the front during this period, he has been in the thick of the global issues facing the game, representing not only Wales but the best interests of the sport.  He’ll be a tough act to follow. We have half a dozen extremely high calibre candidates to talk to and I am very much looking forward to beginning this process.  This is a role of huge importance to Welsh rugby and we will be doing all that we can to ensure that we find the right individual to lead our executive team at this time of both great flux and opportunity for the game on an international scale.

Nominations are now in and three candidates will stand for the National Council Member role currently held by chairman Gareth Davies.

In accordance with Article 57 of WRU’s Articles of Association, ballot papers will be issued to member clubs in the next few days, along with copies of the relevant candidate profile documentation.

Incumbent Davies will be joined by Ieuan Evans and Nigel Davies on the ballot paper.

No further candidates were nominated for any of the available District Council Member roles.

Each will serve a three-year term commencing as of the close of this year’s Annual General Meeting (which will be held on 18th October 2020).

We have entered the latest stage in our phased Return to Community Rugby plan. WRU Community online registration opened on Saturday – more than 19,000 players and volunteers registered over the weekend – and, providing the necessary steps have been followed by players, coaches and clubs, we can now sanction organised non-contact and small group training. In addition, following the advice from the Welsh Government update last Friday (July 31), our 7s to under 11s ONLY can now include tag and touch rugby in their training sessions.

However, with player welfare of paramount importance after four months away from the game, we are still not sanctioning contact rugby at any level so there should be no rucking, mauling, tackling, scrums or line-outs at any level this time. We will continue to review this and provide regular updates.

In readiness for this phase, detailed advice has been issued to those involved in the community game in Wales and a series of webinars have been held with Club Operations Managers and other key volunteers covering key areas such as the practicalities of preparing players, volunteers and club facilities for training sessions; changes to first aid procedures; the registration process and a return to training fund for clubs. For all advice and guidance on the return to play protocols, go to https://community.wru.wales/returntorugby/

In addition, the WRU Community coaching department has produced an activity guide and webinar for coaches to support the safe return to training at all levels of the game which includes safety guidance and ideas for session plans within the current restrictions.

Any new players, coaches or volunteers to the game will  need to follow the above process before attending club training.

As stated registrations are now open for coaches, referees and team managers for the forthcoming season, all parties must re-register before taking part in any WRU sanctioned training.

Clubs will also need to approve registrations ahead of any activity. Please be aware that this applies to ALL coaches, across ALL age groups male and female (including senior men and women), intending to coach rugby for ANY rugby club/female hub this coming season.

*All times are UK Times

2The venue for the Wales v Scotland fixture will be announced in due course.

In rescheduling these matches, the health and safety of players, associated staff and supporters has been at the forefront of thinking. Six Nations organisers remain in close contact with all relevant authorities across the respective jurisdictions to ensure these matches take place in a safe environment and will announce further details of health and safety protocols and guidance on spectator attendance in due course.

Six Nations has also confirmed that the Women’s Championship will be concluded this autumn on the following weekends:

Weekend of 5th Dec: Round 3

A full fixture schedule will be released in due course.

With regards to the U20 Six Nations championship, due to season scheduling constraints, it was decided that the three outstanding matches would not be played and there would be no winner for the 2020 Championship.

In recent weeks, Six Nations has also been progressing contingency plans for an alternative tournament format in place of the Autumn Internationals for 2020, primarily driven by travel restrictions not allowing many international teams to play the scheduled matches.

This tournament will be a unique eight-team competition, involving the Six Nations unions and two other international teams. Six Nations is currently finalising match schedules, operational details including venues as well as commercial arrangements. Further announcements relating to this competition are expected to be made later this month.

Ben Morel, CEO Six Nations commented, “We are absolutely thrilled to make this announcement today. While the past few months have been extremely challenging, we have always remained hopeful of concluding this year’s tournament and we are really looking forward to the final games in the Men’s and Women’s Championships. There is still so much to play for, and we are hugely excited for what lies ahead.

“Public health remains the number one priority and while we must continue to be vigilant and cognisant of the dynamic and fast changing external environment, we are nonetheless extremely pleased to be moving in the right direction.”

The conference is aimed at anyone with an interest in developing opportunities for people with disabilities in sport through coaching – either in a disability / mixed ability setting or within the wider rugby community.

We are delighted that athletes, players and coaches from across the Disability Rugby Landscape are with us to share their knowledge across these areas through a range of keynote presentations and panel discussions.