The Welsh Rugby Union’s founding principle is to sustain rugby at all levels throughout Wales. This sense of purpose informs all aspects of Union activity. Less romantically, it is equally important that the WRU generates income to fund the game from grass-roots to the performance game. International tickets are a vital part of our business model.

To this end, the opening of the WRU ticket office for the first public sale in over a year has been a welcome sight, even if the two Argentina matches are classed as away games. We have three matches in total at Principality Stadium to play this month – starting this Saturday against Canada – in front of a maximum of 8,200 supporters. This is a huge step in the right direction towards an Autumn Nations Series schedule in October and November when we hope to see a full Principality Stadium for the visits of New Zealand, South Africa, Fiji and Australia. 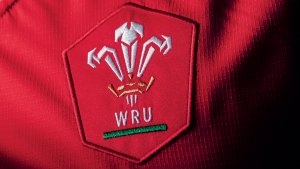 Tickets are already on public sale for the Summer International Series, which sees Wales face Canada and then Argentina twice. Public sale of tickets to watch the All Blacks, Springboks, Wallabies and Fiji in Cardiff will begin in August and it is then I know – together with a measure of the demand from member clubs –we will be reminded just how deeply Welsh rugby is loved by the nation.  We all miss the shared experience of international rugby, none more so than the players themselves.

At regional level, supporters also have the fantastic, revamped United Rugby Championship to look forward to as they flock back through the turnstiles. And, in the community game, supporters can finally gather in a safe manner at pitch-side to watch their local heroes and family members play, adding much needed income to club finances. If finally opening the WRU ticket office is welcome news for us, the clicking of turnstiles throughout the rest of the game, both community and professional, will be equally welcome.

Staying with the community game, player registration for the 2021/22 community game season is open from next week. We are doing all we can to help facilitate this process. We want to provide help for the community game which we know has already started its participation drive, to increase and retain players and volunteers for the season ahead. Further details of how we will be able to help are also described below.

Just as we look forward to seeing crowds flock back to Principality Stadium by the autumn, we know that there must be a burgeoning need and desire to return to rugby clubs up and down the country as we emerge from the restrictions of the pandemic.   It is our responsibility to help clubs make this process as easy, seamless, safe, secure and welcoming as possible and we will be doing all that we can to contribute.

The Professional Rugby Board (PRB) has reached agreement on funding to the regional game in Wales up until the year ending 2023 (YE23).

As part of the agreement it is acknowledged that business plans for YE23 are indicative only and based on a number of current assumptions which may vary.

A fond farewell for Paterson

Paterson also received a presentation recognising her contribution to Welsh rugby from the WRU Board and leaves with the blessing of WRU CEO Steve Phillips, who says her tenure at the WRU has been impressive and accomplished.

“Whilst we are sorry to see her leave, we are pleased that Julie is staying in the rugby family,” said Phillips.

“I have no doubt that she will be as successful in this new position as she has been at the WRU and she has my full personal support and that of everyone at the union.”

The Professional Rugby Board is a gathering of representatives from each of the five professional entities in Welsh rugby: the WRU, Scarlets, Ospreys, Cardiff Rugby and Dragons.

Its members share equal responsibility for the professional game and have the power and authority to make dynamic changes wherever necessary.

Membership of the PRB is comprised of two Independent Members – including the PRB Chair – the Chair of the board of Directors from each of the four regions and the WRU’s CEO and Finance Director.

But Paterson has been ever-present at Board meetings as a non-voting member due to her role as chair of the Rugby Management Board and is also often joined in a similar capacity by the WRU’s own Chair and the holder of the currently vacant position of Head of Performance.

“There is a huge chasm between perception and reality when it comes to the WRU,” said Paterson.

“We were the first Union to appoint a female executive staff member and are still the only Union with female representation on the EPCR (European Professional Club Rugby) and URC (United Rugby Championship) Boards as well as both the internal Chairs of the Rugby Management Board and the Professional Rugby Board being female, myself and Amanda Blanc.

“The Welsh Rugby has been like an extended family to me for over 30 years and whilst it has been an extremely difficult decision to leave, I can only thank my colleagues and the clubs for the generosity of spirit they have shown in wishing me well and making the whole process as easy as possible for me.”

Community rugby is back!

The Welsh Rugby Union has announced a number of initiatives to help restart community rugby following the effects of the COVID-19 pandemic, and to assist clubs, Female Hubs, inclusive teams, schools, players and volunteers to move further through the stages of the WRU’s Pathway to Participation.

The 15-a-side competitions will be played under modified Laws to reduce contact around the scrum and maul in particular (see above links for Pools).

WRU online registration for the 2021/22 season opens for all players, coaches, team managers and first aiders on Monday July 5 and coaches throughout the game are already being individually invited to online meetings to update them on law variations and best practice.

In order to breakdown some barriers to participation, especially taking in the economic effects of the pandemic, the WRU has purchased 4,000 pairs of rugby boots at a discounted price from official partner Gilbert and will distribute them via clubs and staff on the ground.

The first tranche of the boots will be distributed to the Female Hubs around Wales and to around 60 clubs in areas that feature high in the Welsh Government deprivation index.

Further allocations will be made from early next season with WRU community staff working with clubs, hub officers and other key groups to ascertain need. Boots for Grassroots is part of a wider Inclusion Plan, with further projects will be announced in due course as rugby continues to return to our communities.

The Welsh Rugby Union will be contacting as many community rugby volunteers as possible over the coming weeks in order to shape a plan to provide additional and meaningful support.

The WRU wants to hear from all community rugby volunteers from secretaries to ground staff, from coaches to first aiders in order to find out what support they most need in order to best serve their clubs and communities.

Clubs secretaries will receive information shortly with more details on the consultation process.

The WRU has committed an additional £1 million-fund to specific and new initiatives that will assist the rugby family in bringing the community game back safely.

This fund will be utilised in a number of ways, e.g.:

–        12 new one-year hub officer posts will be created in key target areas to boost the efforts of clubs and educational establishments in increasing participation in sustainable rugby opportunities for all within their communities.

–        A number of new initiatives will be introduced to upskill players in the 11 – 21 age group following the long break. To include skills centres around Wales for male and female players along with festivals and competitions, where restrictions allow, to help kick start the game again for young people .

–        In line with the WRU’s inclusion plan one-day rugby camps will be held over the summer holidays at numerous rugby club locations around Wales. This provision will help break down barriers to participation, especially outside of term-time, through providing fun, free holiday activities along with healthy food and drinks supporting the movement to end holiday hunger

The officers – there are currently 83 of them – are part-funded by the WRU and the partner organisations and also work with clubs and other community rugby outlets in their area to provide increased opportunities for all, improving the health and well-being of the nation through rugby.

While rugby activity has largely been curtailed for the majority of the last 18 months, hub officers have still played an important role within their schools, colleges and communities, providing not only physical activity sessions, either online or in person for pupils, but they have often been at the heart of their local community’s COVID-19 response.

The Hub programme is currently in its second, three-year cycle but, due to the impact of the pandemic on physical activity for young people and team sports, the decision has been made to extend the programme for a further 12 months, depending on individual agreement from hub partners on a case-by-case basis.

We are proud to offer a fantastic opportunity for young people to join our apprenticeship programme on a 12-month fixed term contract.

We are looking for dynamic young people who demonstrate a ‘can do’ attitude, willingness to try new things and display our values in all that they do.

During the 12-month programme, you will work towards a Level 3 (Certificate and Diploma) in Sports Development and will also be required to complete a range of rugby related technical qualifications. You will be supported and mentored by WRU development staff and receive pastoral assistance from the WRU Apprenticeship Officer.

This Apprenticeship is ideally designed for someone who is looking to go to University in the near future but is undecided on a choice of course.

The course gives 12 months of employment experience and the opportunity to explore various options using the wide network the WRU Group can offer. It also gives someone a chance to experience the world of sports development whilst achieving a Level 3 qualification.

It is not aimed at Graduates. Application deadline: midday 19th August 2021

Plans have been revealed for the first WRU-organised community rugby competitions since all rugby was suspended due to COVID-19 in March 2020.

The first senior, 15-a-side competitions for male and female senior players, played under modified Laws to reduce contact in the scrum and maul, are set to run from August to December, as per the WRU’s Pathway to Participation published in March. The competitions will each take the form of Pool rounds based around local geography followed by an open knock-out phase.

In the male game there will be an Indigo Group Premiership Cup and Championship Cup along with a Plate, Bowl and Shield for National League clubs while in the female game, WRU National Senior Female Clubs will compete in a North Wales Cup, South Wales Cup and South Wales Plate along the same lines.