The USW senior XV will get into action on Wednesday 19th September with a home friendly against Cardiff University, the match at Sardis Road kicking off at 7pm. 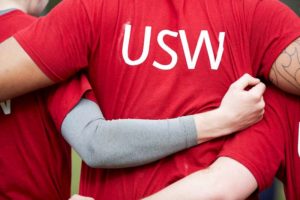 The match will be in preparation for the forthcoming BUCS South A League campaign, which kicks off for USW with a home tie against Bath University 2nds on Wednesday 3d October. The aim for USW is to battle for promotion from a tough division and ultimately to graduate to the prestigious BUCS Superleague.

USW finished a creditable 3d in the South A League last season. Their opponents in the pre-season friendly on 19th September, Cardiff University, were crowned as champions.