The GTFM Ponty Rugby Show will be broadcast at 6:45pm on Wednesday evening 18th January and joining Adam Cleary as the special guest this week is Ponty flanker Cai James.

Cai is a former Ponty Youth player and made his debut for the senior side in the 2021/22 season. He’s played a starring role in the back-row of late and will be chatting Adam about his time at the club so far.

Guto Davies will be presenting the regular Newsround section which will include a round-up of all the goings-on both on and off the pitch at the club along with previewing the team’s match against Swansea at Sardis Road this Saturday 21st January.

GTFM has expanded its FM coverage and can now reach the whole of the Cynon Valley – on 107.1 FM for the Aberdare area and 100.7 for Mountain Ash. Broadcasts for Pontypridd and the rest of RCT continue on 107.9FM. The channel can also be accessed on-line and by app. 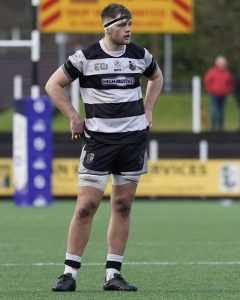