Pontypridd RFC are proud to announce that the lounge bar in the Clubhouse at Sardis Road is to be renamed the Bob Penberthy Clubhouse Lounge in honour of one of our all-time greats.

Bob Penberthy, a club icon who played a record 877 times for Pontypridd, a tally that will realistically never be surpassed is a player that is synonymous with our club and his commitment over many decades unquestionable.

He made his debut for Pontypridd on 25th November 1961 and played his 877th and final match for the club on the 11th December 1985 – nearly 25 years later, whilst also scoring 63 tries during that time. 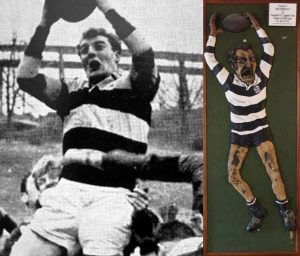 The rededication ceremony will take place this Saturday 13th August at 12:30pm before the club’s match against London Welsh. Bob and his family will be in attendance along with another club great Tommy David, amongst others.

Bob is also the President of the Ponty RFC Former Players Association and Chairman of the association Wayne Evans will also be in attendance. The FPA would like to encourage as many current or potential new members to attend to honour and recognise the contribution the great man has made to Pontypridd RFC. 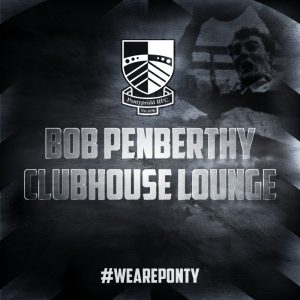