Pontypridd travel to face their old rivals Cardiff on Saturday 7th October, with the Supporters’ Club organising coach transfer to the venue.

The crunch Premiership East match between the sides placed second and third in the table will be played at the Arms Park, kicking off at 2:30pm. 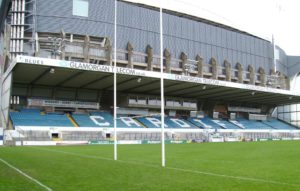 Coaches will depart Sardis Road promptly at 12:45pm and will return immediately after the final whistle.

Ponty fans traditionally make their way to the capital city in large numbers and in high spirits to cheer on their team against the Blue and Blacks.