Scrum half Joel Raikes and fly-half Lloyd Wilkins are the only half-back survivors from previous campaigns in the Pontypridd squad as a new season approaches. They will now be joined by three newcomers vying for the pivotal no9 and no10 shirts.

Scrum half Dafydd Buckland has previously represented Newport RFC and the Dragons and has won international honours with Wales from Youth to under 20 level. The other contender for the same position will be 20 year old Lucus Welch who joins from his local club Ynysybwl. 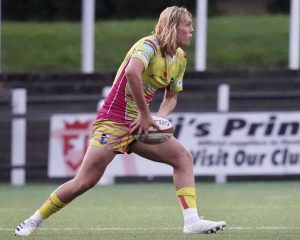 Also linking up with Pontypridd from the Cardiff Rugby Academy is highly rated young fly-half Ben Burnell (pictured above), a former star of Ponty Schools’ Dewar Shield campaigns, who has been capped by Wales up to under 20 level.