Retained from the previous squad are hookers Rob Jones and Nathan Huish, as are props Ben Stephens, Curtis Hicks and Morgan Bosanko, whilst Rhydian Jenkins has departed to focus on his career as an operatic singer.

Stepping in to provide further cover for the hooker berth is 21 year old Ieuan Morris, who has gained Premiership experience with Merthyr and been capped by Wales at Youth level.

There are three loose head prop additions, Harry Olding having previously represented his local club Bridgend Athletic, Llandovery College and the Ospreys age grade squads, Senghenydd product Tom Devine who came through the Dragons regional ranks and has been capped by Wales at Youth and under 20 levels and Lloyd James who signs from Beddau having formerly played for Taffs Well. 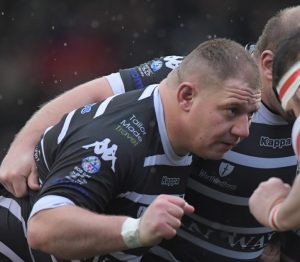 Adding vital experience to anchor the scrum, Gareth Smith (above) rejoins Pontypridd having made 20 senior appearances for the club during the 2018-19 season. He has previously represented Yorkshire Carnegie, London Scottish and the British Army.

Other additions in the tight head prop position are Tom Harper who developed from junior to senior level with Mountain Ash and Gwilym Powell who joins from Llanishen RFC having previously played for Dunvant Youth and Cardiff University.