In the second round of BUCS ‘South A Premiership’ Rugby Union, the University of South Wales hosted Swansea University Firsts at Pontypridd RFC’s Sardis Road on Wednesday 11th October. 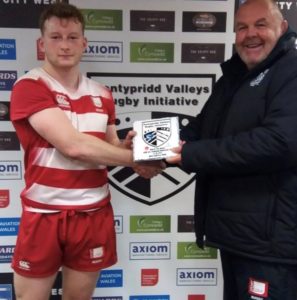 After a loss away to Hartpury College the previous week, USW had a lot to prove against the visiting Swansea side.

The game was very physical with current Pontypridd RFC player, flanker Sion Edwards being awarded the ‘City West Commercials Man of the Match Award’ after an impressive performance including a hat-trick of tries.

Jordan Evans added the extras to Sion Edward’s tries with three conversions as well as a penalty in the first half. Foard Cooksley then finished Swansea off with a try in the corner, with Callum Hall slotting the conversion to secure a well earned 31pts to 19 victory for USW.

The University of South Wales will now look to maintain momentum in their next league game, away to last season’s champions, Bristol Firsts next week.