Scimitar & Pontypridd – The Dawn Of A New Era

Pontypridd RFC are delighted to announce a new five-year kit deal with Scimitar.

With years of experience, designing and manufacturing millions of custom products annually, Scimitar have built a solid reputation as UK specialists when it comes to custom sportswear, bespoke clothing and promotional items; whatever the sector.

Pontypridd Executive Board Member Mark Coombes said: “There is always plenty of competition in the sportswear market but we opted for Scimitar because of the exceptional service and reputation.”

“We are in the process of putting together a very exciting new range of products for our players and fans and we’re excited to provide a premium, first-class online shopping experience when it launches.”

“We’re looking forward to a longstanding partnership and exploring options for new ranges and state-of-the-art kit.”

The Valley Commandos as they’re also known, Pontypridd finished just a single point away from a top-four finish last season and will be looking to build on that in the 2022/23 campaign as they embark on a new journey with Scimitar.

Scimitar Director Jon Rew added: “We’re very proud to be working with such an esteemed rugby club with a rich history.”

“At Scimitar, we endeavour to work closely with our clubs to help them reach their goals by being kitted out effectively and properly both on and off the field with premium sportswear and clothing.”

Scimitar, who are also kit supplier to Llandovery RFC, Ebbw Vale RFC and Rotherham Titans, will be providing teamwear, sportswear and leisure options to Pontypridd.

To enquire about sportswear or merchandise for your club, email info@scimitarsports.com 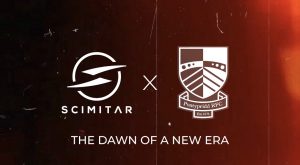