Pontypridd will have two interns from the ranks of the Cardiff Rugby regional age grade system in their squad for the coming season – outside half Ben Burnell and winger Iwan Pyrs Jones.

Both have already been given an opportunity to impress in Ponty’s pre-season friendlies, Burnell as an influential midfield pivot and Pyrs Jones with his pace and prowess out wide.

Burnell played a prominent role for Pontypridd Schools in their Dewar Shield campaigns which earned him a call up to the regional academy. Still aged only 18 he has already featured for Wales at under 20 level. He will now represent Pontypridd where his father Justin is head coach. 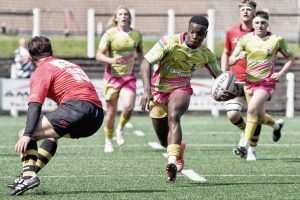 Pyrs Jones made his mark turning out for Ysgol Glantaf in the WRU Schools & Colleges league, and having represented Llandaf RFC, was drafted into the Cardiff regional age grade squads up to under 18 level.

Introducing the two youngsters to Pontypridd, Regional Academy Manager Gruff Rees said: “Even though our model at Cardiff Rugby has changed slightly, we are proud of our regional responsibilities in the pathway and we want to support individual academy players in the best way possible at the top end of the pathway.

“In this case, we feel that Ben will get some quality, consistent and regular rugby in an environment where he can lead and push his game on. Iwan similarly can progress his game from where he shone at 18s and schools level with some great development opportunities that the Ponty environment can provide.”

According to their pedigree and the form they have shown both youngsters will be valuable additions to the Pontypridd squad when the new season gets underway.