Ponty will be looking to bounce back from their loss to local rivals Merthyr last Saturday when they welcome the Blue and Blacks to The House Of Pain. Ponty sit 4th and Cardiff 2nd respectively in the Eastern Pool. Cardiff took the derby spoils 29-15 when the two sides met in the nation’s capital back in early October.

Ponty make changes to both the starting XV and bench that lined up at The Wern last week, including two debutants. Tyler Morris, formerly of Coleg y Cymoedd and Merthyr comes in for his debut at fly-half to replace Ben Burnell who suffered a nasty injury last Saturday – speedy recovery Ben. The other debutant, from the bench is ex-Ebbw Vale scrum-half Dai Jones. There’s also a welcome return from international duty for club stalwart Chris Dicomidis.

The Pontypridd team selected to face Cardiff is as follows: 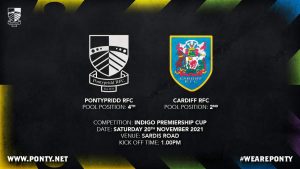 Before Ponty’s kick off, live football will be on the screens with Leicester hosting current Premier League table toppers Chelsea with the match kicking off at 12.30pm. 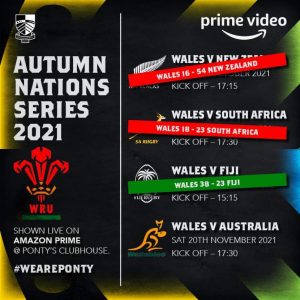