Following an epic encounter against their Cardiff counterparts on Wednesday evening 21st March, Pontypridd Schools have progressed to the final of the Dewar Shield. 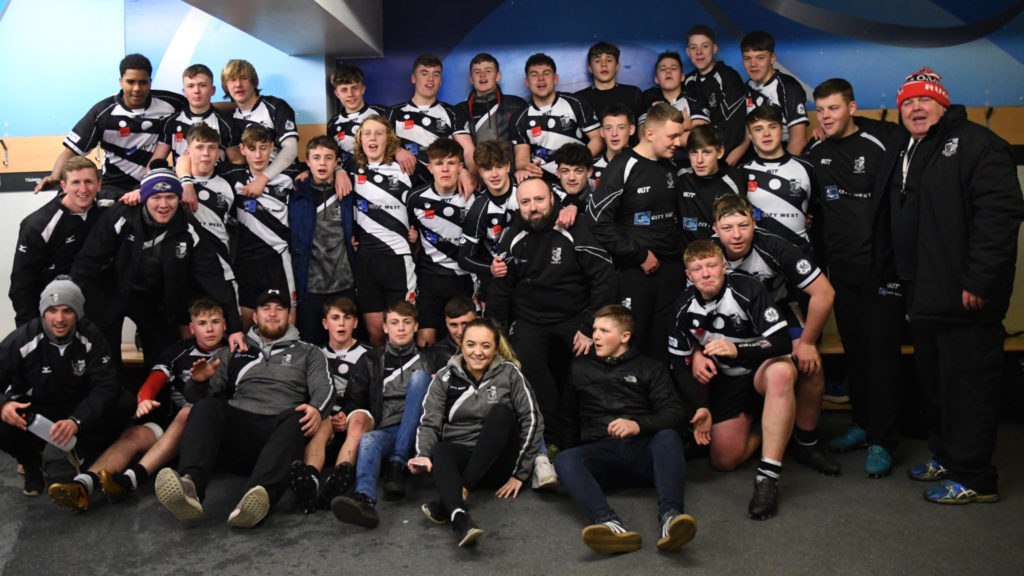 In a close fought semi final clash at the Arms Park, Pontypridd battled to a 12pts to 15 win, having trailed by 7pts to 5 at the interval. The try count was level on two apiece, but an additional Pontypridd penalty proving crucial.

The game was played with an intensity that was a credit to both participants and to the competition itself, with the result in the balance to the very last play. Cardiff spurned a kick at goal at the death to level the scores, kicking to touch to attempt a try scoring opportunity, but Pontypridd holding out defiantly to win.

Try scorers for Pontypridd Schools were Cole Morgan and Sam Davies, with Ben Burnell adding a conversion and Iwan Jenkins kicking a penalty. Josh Williams was nominated as City West man of the match.

Pontypridd coach Justin Burnell was full of praise for his young charges after the final whistle.

“The performance, and the result, was huge for Pontypridd” said Burnell. “We are seeing the next generation stepping up to the plate and winning a high pressure cup tie. The pathway being created for young players through the Pontypridd and Valleys Initiative is working well and already paying dividends.”

Pontypridd Schools will face the winners of the Rhondda v Llanelli semi final in the Dewar Shield Final at the Principality Stadium.