Pontypridd maintained their impressive home form with an important victory over the northern challengers of RGC on Saturday 11th January. 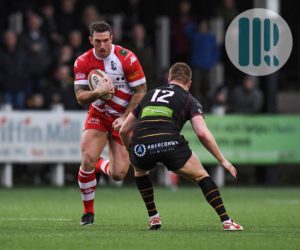 Although dominating the contest for long periods, home pressure could not always be turned into points, but Ponty well worthy of their win, extending a 17pts to 7 interval advantage to a final score-line of 27pts to 12.

The result kept Ponty in fifth position in the Premiership table but seven points clear of RGC back in sixth but with a game in hand.

The post match reaction from the home camp was of a job well done.

“We put in a solid performance but were not outstanding, having controlled possession and territory for long periods, in particular the first half” said Matthews. “It was one sloppy line-out from us that gifted RGC a score but we spoke during the interval of managing the scoreboard, of remaining two scores ahead.

“We had to work hard at times and we missed some opportunities, which cost us a bonus point, but the important thing today was to get the win and to give us some momentum into the next game away to Ebbw Vale.”

Winger Alex Webber was at the forefront of Ponty’s attacking efforts and won the man of the match accolade. He too was happy to take the win.

“We can be pleased with the win, and that we again made Sardis Road a fortress” said Webber.

“We controlled the game for long periods and the result could have been better for us. We created opportunities, myself and Dale Stuckey on the wings had our hands on the ball but the crucial pass too often went astray. All in all it was a good result for us and will give us a boost before we face Ebbw Vale away next week.”