Ponty go down to defeat at Llandovery

Llandovery edged into the lead as outside half Jack Maynard converted two wind assisted penalties, the pivot also kicking effectively for field position. The game was for long periods a dogfight with both defences cancelling each other out, play littered with errors and turnovers in the difficult conditions. 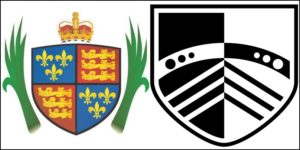 Ponty finally fashioned a breakthrough after winger Morgan Richards had gone close following a wide attack, scrum half Jamie Hill then sniping over from the base of a five metre scrum. The visitors sometimes took risks in their own twenty-two but also threatened another score following an opportunist kick and chase by full back Ben Jones. It was the Drovers however who struck to score just before the break, having applied concerted pressure before no8 Ed Kennedy powered over from close range, Maynard’s conversion securing a 13pts to 5 interval lead.

The home team turned around to face the wind and rain driving up the Towy Valley but showed great resolve through their forward drives, often putting the game in a stranglehold. Ponty were left to rue their malfunctioning line-out and inability to impose themselves on proceedings. After pounding the gain line it was Llandovery who were next up to score, hooker Dafydd Hughes burrowing over after a line-out drive. Ponty’s solitary response was a siege gun penalty kicked by Diggy Bird.

The home team continued to win penalty awards through their power play, then sat back to defend a late repost by their opponents, holding firm during a series of five metre scrums. As the clock ticked down Ponty saw an opportunity to salvage a losing bonus point but two late penalty attempts by Ben Jones wide of the mark, the final score-line remaining at 18pts to 8.