Joe started playing rugby for Pentyrch RFC at the age of 7 and he stayed at the club until he was 13. Joe then moved on and played for St. Peters RFC for a few years until he got picked for Wales U16’s after being part of the Cardiff Blues age grade system.

Joe was then drafted into the Cardiff Blues academy after getting capped for Wales U18’s whilst he was studying at Cardiff and Vale College. He stayed at the Blues until he was 19 but by his own admission found himself losing a bit of motivation after being dogged by injuries – a year full of them when he was in the Wales U20’s training camp.

A fresh start and a new chapter in his life, Joe moved to Swansea as he started his degree in the University. He wanted a change and signed a 3 year academy contract with the Scarlets. Whilst down west Joe played for Llanelli RFC, Scarlets ‘A’ and had 2 pre-season appearances for the Scarlets first team.

The Covid-19 pandemic hit our lives and at the time Joe found himself struggling for opportunity and decided to look elsewhere. He said “Growing up in South Wales no team has the reputation or fan base of Pontypridd so when I heard Ponty wanted to talk to me I was pretty ecstatic in all honesty and the choice was pretty much clear. So far the experience has been brilliant and the mixture of experience and youth in the team means we’re always learning and I do honestly believe that we have all the ingredients for a premiership winning team.”

Joe has made a good start to his Ponty career despite picking up an injury early in the season, so far he’s made 7 appearances for the club. 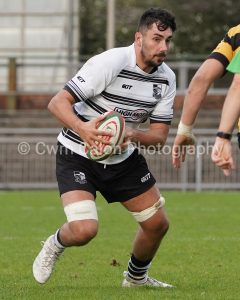