Dafydd started playing rugby at Rumney RFC at the age of 6. He continued to play his mini and junior rugby with his local club in Cardiff, but he attended secondary school in Newport at Bassaleg Comprehensive School. It was by playing his school rugby in Newport that he was selected to play representative rugby for Newport Schools U15s.

Following on from playing for Newport Schools, Daf then got selected to play for the Dragons U16’s, U18’s and their ‘A’ League side. International honours then followed when he played for Wales U18’s, U19’s and U20’s. Whilst representing Wales in the Under-20 World Cup in 2019, a superb individual performance earned him the ‘Man of the Match award in a historic win against New Zealand.

Dafydd has also represented the Welsh Crawshays and played for Newport RFC in the Welsh Premiership. 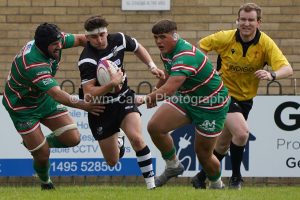 Dafydd signed for Pontypridd around the time the covid-19 pandemic hit the world in the spring of 2020. On pulling on the Ponty jersey this season he said: “I’ve been enjoying getting on the field to get a consistent run of games for such a historic club and playing in front of our loyal supporters. It’s a great opportunity for me to display what I can do and put my best foot forward for the future of my career.”

Looking ahead to Ponty’s crucial Welsh Premiership Cup tie away at RGC this coming Saturday he said: “We will be looking to hit the ground running this week to put things right going up to RGC. I think we have something to prove as a squad and to our supporters making the appreciated journey.”

Daf has made eight appearances so far for Pontypridd and crashed over for a try away at Merthyr earlier in the season. 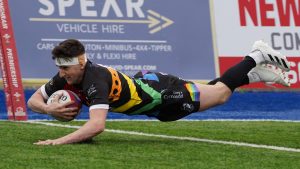