Cai is originally from Brecon but has family from the surrounding Pontypridd valleys area. He started playing rugby for Brecon, his hometown club at 7 years of age.

He played all of his mini and junior rugby for Brecon, during which time he earned representative honours when he was selected for South Powys Schools Under 11’s and Under 15’s.

Cai then moved to Pontypridd Youth and played his youth rugby for the club whilst studying at Coleg y Cymoedd. During this time he also played for the Cardiff Blues U16’s and U18’s. 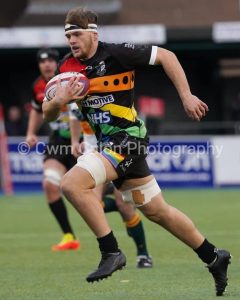 The young flanker then signed for the Pontypridd senior squad for the 2021/22 season and is currently studying in the University of South Wales. It’s very much a family affair for Cai as he is competing for a place in Ponty’s backrow against his own brother Cally, amongst others. Cai said: “Getting to play alongside my brother is surreal and playing for a club with so much history like Ponty is a great honour.”

Cai has made 3 appearances so far for Pontypridd and bagged himself an excellent try when coming on from the bench at Merthyr last November. 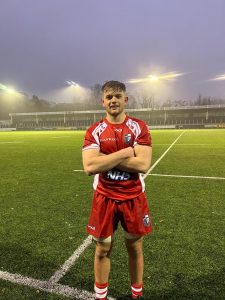