Bradley first started playing rugby with his local club Resolven RFC when he was eight years old. He began his rugby journey in the pack as a number 8 and stayed in the forwards for four seasons until he transitioned into a back – playing as a centre for the under 12’s.

A few years later he was selected for Neath Schools U15’s and after some impressive displays he was asked to train with the Ospreys under 16’s regional side. By the end of his first season with the Ospreys U16’s, Bradley was selected to play for Wales U16’s against England – a fantastic feat and one which he says is the biggest achievement in his rugby career to date.

The young centre then moved through into the Ospreys U18’s programme. During this time Brad was playing for Neath College and in his second year more international honours followed when he played for Wales U18’s and also had the honour of captaining his country.

The following season Brad got his first taste of playing in the Welsh Premiership when he pulled on the red and black shirt of Aberavon RFC. He was then allocated to Bridgend RFC for the 2019/2020 season. During this period he played for Wales U19’s and U20’s in the Six Nations. 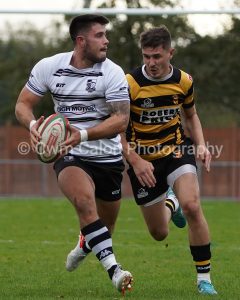 The covid-19 pandemic hit in the spring of 2020 and led to an uncertain time in the world of rugby union. The sport ground to a halt, Bradley’s career with the Ospreys came to an end when he was released by the region before signing for Pontypridd RFC. Brad said:

“I was lucky enough to be put in contact with Justin Burnell who gave me the opportunity to come and train in the summer and from my first session I knew this was the right club for me. I knew Ponty would be a great stepping stone for my future career and I know how much history the club has, as-well as the amazing fans which support the team week in week out – it is an honour to put the jersey on.”

Brad has made a great start to life in the black and white of Ponty, to date he’s featured in seven out of our eight matches so far this season. 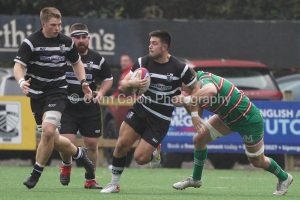