Pontypridd travel to face Neath at the Gnoll on Friday evening 16th March, the match kicking off at 7:30pm. 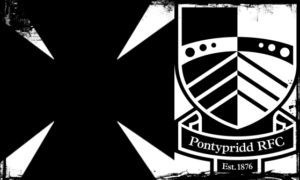 This will be the first encounter of the season between the two clubs, the first in fact since late October 2016, when Ponty recorded a 45pts to 30 home win over the Welsh All Blacks.

Pontypridd hold fifth position in the Premiership table, with Neath adrift at the bottom without a win in their six fixtures since the league combined. The Valley Commandos however will take nothing for granted, having used their ‘get out of jail free’ card the previous weekend in edging a late 38pts to 37 win over another lowly positioned club, Bridgend.

Pontypridd welcome back lock Josh Hawkins from injury and have drafted in back rower Ross Barnes from USW and centre Alex Knott from Nelson as replacements. Outside half Ceri Sweeney is away on leave, with Jordan Rees stepping up as cover.

The Pontypridd team selected to face Neath is as follows: