This Saturday 24th September we welcome Bridgend to Sardis Road once again. However, this week sees the return of league action – the match in the Indigo Group Premiership kicks off at 2:30pm.

Last Saturday both sides produced four tries apiece, but it was Bridgend that left Sardis with a 30-26 win in the Welsh Cup. Ponty will be looking to avenge last week’s defeat and get their league campaign up and running this Saturday.

Pontypridd make no fewer than nine changes to the starting XV from last week’s match between the two sides. In the backs, new signing Joseph Scrivens makes his club debut at fly-half, Matt Bancroft returns to the team at fullback as does Dale Stuckey on the wing. There are also first club starts for Jordan Howells and Rory Harries.

In the pack Cally James returns from injury to take his place on the openside-flank whilst Ben Stephens, Nathan Huish and Aled Ward are also drafted into the starting line-up.

On the bench there are returns to the matchday squad for Rob Jones, Morgan Bosanko and Ceri Morris (who had to pull out late with illness last week). There’s also a potential Ponty debut for exciting young winger Ewan Skuse. Ewan, who is another product of Ysgol Glantaf is on permit from Llandaff RFC.

The Pontypridd team selected to play Bridgend is as follows: 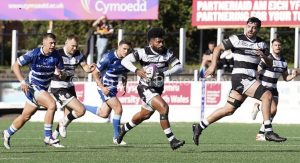 Tickets – Admission on the day will be £12 full, £10 concession access-all-areas and under 16’s free if accompanied by a paying adult. You can purchase tickets on the day or to save time can use our new online e-Ticket system, link – e-Tickets

For supporters that haven’t yet collected season tickets, you can do so from the Clubhouse on Saturday between 12:30pm-2pm prior to the match.

Supporter access is via the clubhouse end of the ground only as the Pwllgwaun end remains closed.

Live sport off the field – The Clubhouse will be open from midday with selected live sport on the screens throughout the afternoon – Northampton v Leicester in the Gallagher English Premiership being the pick of the live action.

Live entertainment – After the match there will be entertainment from band Acoustic Smooch. They will be starting their set around 5:30pm in the Clubhouse. 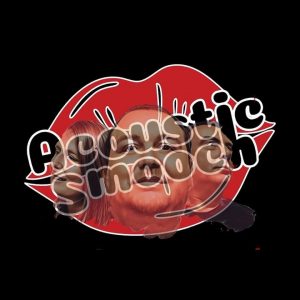