A spate of injuries affecting the Pontypridd squad are mostly clearing up with a number of players near or at recovery point.

Influential flanker Rhys Shellard made his comeback from a leg injury in the recent home defeat against Aberavon and came through that test unscathed. Another who resumed duties during that match was prop Morgan Bosanko whose fractured thumb has healed.

Lock Matt Davies missed the Aberavon clash due to a back strain but has made the most of a two week break to recover, as has prop Ross Davies who is back in training after nursing a cracked rib.

Another, longer term absentee on the road to recovery is prop Curtis Reynolds who is back in full training having been out since pre-season with a knee injury, whilst centre Gary Williams is engaging in non-contact training in recovering from a fractured finger. 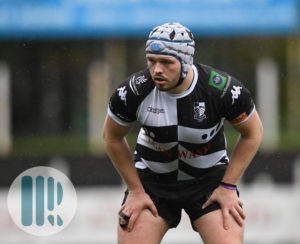 Prop Huw Owen (above) is currently being assessed for a head knock which forced him off in the last game against Aberavon. Other minor injuries being assessed are a calf strain suffered by outside half Ben Jones and a bruised elbow worrying flanker Morgan Sieniawski.

Longer term absentees amongst the Ponty squad are centre Alex Knott, still undergoing extensive tests for concussion, and centre Ioan Evans and lock Chris Dicomidis, both recovering from summer shoulder operations and expected to return into the new year.