It is with deep sadness that Pontypridd RFC reports the passing of one of its most prominent former players, Gordon Matthews. 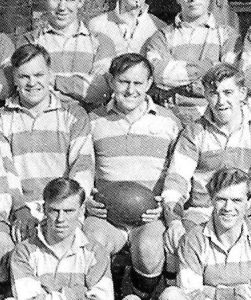 Playing as a prop, Gordon totalled 345 appearances for Ponty between 1949 and 1962 and captained the team in 1954. He was a cornerstone of the club’s forward unit during that period and a highly influential member of a successful team.

Gordon linked up with Pontypridd RFC once more only a few weeks before his passing. 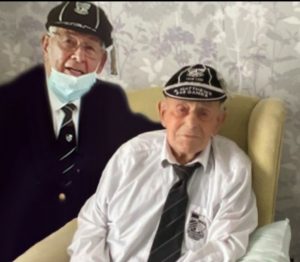 Unfortunately his much cherished club cap had been lost during the floods of 2020 which hit his home in Nantgarw. Whilst Gordon was in hospital Pontypridd RFC arranged for a replacement cap which was delivered by his old team mate Graham Gittins. The donation was funded by the Friends of Pontypridd.

Gordon Matthews passed away last week aged 97. The thoughts of everyone at Pontypridd RFC are with his family and close friends in their time of grief.