Pontypridd RFC is saddened to learn of the passing of former player and coach Billy Griffiths.

A Tonyrefail boy, Billy first played for Ponty as a nineteen-year-old centre, against Cheltenham on 26th January 1957. By the end of the season he had moved to outside half, and played there in almost every game for Pontypridd for the next eight seasons.

A classic Welsh style of outside half, Billy was a brilliant runner who could open up any defence he played against.

Pontypridd RFC wishes to extend its sympathy and sincerest condolences to all Billy’s family and friends. 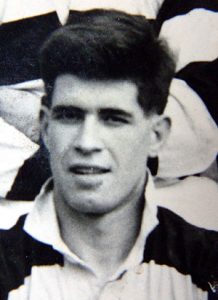