Although born in Tunbridge Wells, Joe Davies was nurtured through the junior and youth ranks at Pontypridd RFC before breaking into the senior squad in 2016. Making his mark as a powerful presence out on the wing, Joe was called up into the Ospreys Academy.

He departed Sardis Road in 2017 to concentrate on his university studies, then to travel and play rugby in the United States. 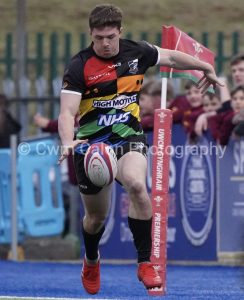 Having returned home, Joe was once more drafted into the Pontypridd squad in the summer of 2021 before departing the club in 2022. He scored 5 tries in his 24 outings for Ponty.