Pontypridd Youth made progress into the third round of the National Youth Cup after a hard fought 5pts to 0 home win over Dragons A opponents Newbridge on Saturday 7th December.

The tie was played in difficult conditions, the only score being a try for Pontypridd claimed by Nial Jones.

A lack of competitive action during the previous month had been offset by a friendly against Pontarddulais which Pontypridd won by 12pts to 5, then a ‘match scenario’ training session against Llanharan (pictured below) in the week leading into the Newbridge cup game. 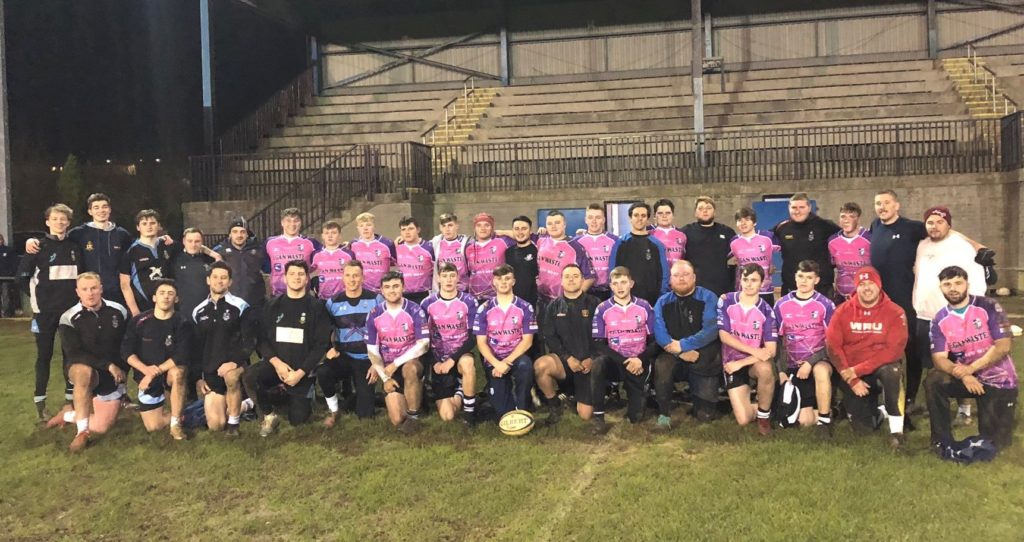 The Ponty youngsters now have an impressive record of seven successive victories in league and cup, which will be put to the test as they travel to face Rumney Youth in the Blues Premiership on Saturday 14th December.