USW put up a commendable effort but eventually lost out by 19pts to 21 against a strong Cardiff team. 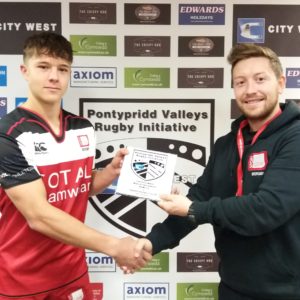 The City West Commercials Man of the Match (pictured) was scrum half Jamie Hill.

The defeat, their third out of four matches played, leaves USW in sixth position in the BUCS South A table. The next fixture is against Exeter 2nds at Sardis Road on Wednesday 1st November, kicking off at 7pm.