At the end of last season, following an illustrious club and international career, Pontypridd outside half Ceri Sweeney announced his retirement as a player at the tender age of  39. 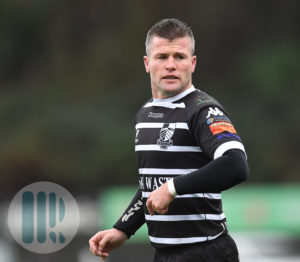 Glyncoch boy Sweeney made his first Ponty appearance as a replacement against Bonymaen on 27th February 1999 and the following April got his first start against Ebbw Vale. As his club career progressed, he was vying for the no10 shirt with some quality competition – Lee Jarvis, Nicky Little and Neil Jenkins.

In the meantime Sweeney was capped by his country at Youth and under 21 level and made his senior Wales debut against Italy in 2003. He went on to win 35 caps, scoring 88 points.

As the game in Wales went regional Sweeney represented the Celtic Warriors, the Dragons and Blues, before moving to Exeter Chiefs in 2013 where he was influential in the club’s rise to the English Premiership and in mentoring young talent.

It was in 2015 that Sweeney made his homecoming to Pontypridd, taking up a similar role as at Exeter, a senior player helping with the development of local youngsters. Despite his advancing years Sweeney was a standout performer in his second stint with Ponty, going on to register 174 appearances for the club and amassing 967 points, made up of 46 tries, 215 conversions, 98 penalties and 4 drop goals.

As he now enjoys his well earned retirement, focusing on family and work commitments, Sweeney has secured his place among the ranks of the Pontypridd greats. His legacy will be a lasting one, his act a hard one to follow.