Pontypridd captain Dafydd Lockyer’s testimonial year will reach its grand finale with a benefit match to be played at Sardis Road on Saturday 19th May 2018. 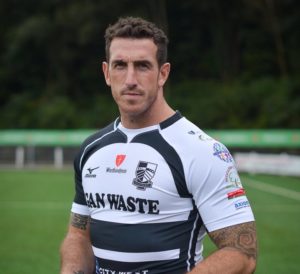 A Lockyer Select XV featuring many former favourites from the past fifteen years  will take on the current Pontypridd squad in a match that will kick off at 5pm. Unfortunately the main man himself will not be taking part due a fractured ankle but is nevertheless sure to feature prominently in the off the field activities.

A buffet meal will be served in the Clubhouse Bar from 3pm before the big match kicks off at 5pm. Celebrations will then continue into the night with a social event featuring a live act and a chance to mingle with the players, past and present.

The squad will be coached by Dale McIntosh and Wayne Evans.

Hospitality Tickets for the Testimonial Match, which will include a buffet meal, match ticket and access to the evening event, are now on sale priced at £20 per person with tables of ten available for booking.

Match tickets will be priced at £10, again with access to the evening event.

All proceeds from the day will go to Dafydd Lockyer’s testimonial fund.

All enquiries should be made to: