Robert Butcher has been appointed chairman of the Welsh Rugby Union.

He takes over from Gareth Davies who reached the end of his six-year tenure at the Union’s Annual General Meeting last week.

The WRU Board made the appointment at a meeting held online on Sunday 8th November, with recently appointed fellow Board member Ieuan Evans also in contention for the role. 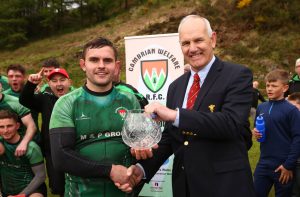 “It’s an absolute honour to take on the chairmanship of the Welsh Rugby Union at this hugely significant moment in the history of our great game, I am genuinely proud and humbled to be appointed and can promise I will give my all to serve our game,” said Butcher.

“I’m grateful to the Board who have put their confidence in me, but I’m also conscious of the significant role Welsh rugby clubs have played in electing me to directly represent them on the WRU Council in the first place.

“I look forward to working with Ieuan Evans, the rest of the Board and the Executive as we continue to navigate the impact the ongoing pandemic has had on our game. We will survive this, but our actions now will determine how quickly we get back up to speed.

“I intend to fully reward the faith that has been shown in me. It has been my privilege to have served the game for the last five years and beyond and I will bring to bear all the experience I have gathered in that time.”

Butcher is a long serving member of the WRU Board, having been first elected in 2015 and is the current chair of the Community Game Board.

He has had a long association with Bargoed RFC, as a former player, captain and as a member of the club’s committee and served a distinguished career in education as a senior teacher working for Merthyr Tydfil County Borough Council before turning to fully dedicate his time to Welsh rugby.

“The relationship between a CEO and the chair is a crucial one in all businesses, but is particularly important to Welsh rugby because of the unique way in which we serve both the professional and community game and because the game means so much to our nation,” said chief executive Steve Phillips.

“Rob has shown throughout the current election process that he has the very best interests of Welsh rugby at heart and I look forward to forging a strong partnership in the weeks and months ahead in order to realise the WRU’s vision for the future of our game.”