Only two of the five scheduled Premiership fixtures were played on Monday 2nd April, but with three of the top four clubs involved. 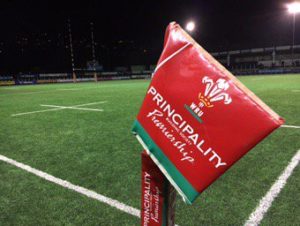 Merthyr took the opportunity to extend their lead at the top of the table, winning by 39pts to 6 at home against Llandovery and out-scoring their opponents by six tries to nil.

That feat was outdone by RGC who came away from the Arms Park with an emphatic 21pts to 64 victory over Cardiff, running in nine tries in front of the S4C cameras. The result enabled the North Walians to leapfrog their hosts to third position in the table.