Pontypridd are due to play a rearranged Premiership tie against Carmarthen Quins on Saturday 3d March, the match at Sardis Road kicking off at 2:30pm. 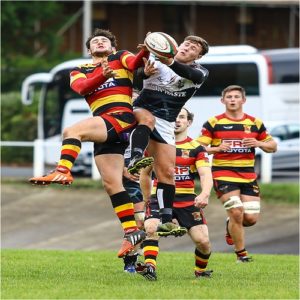 This will be the first encounter of the season between the two clubs, as Ponty face an in form Quins side who currently lie second in the table. The west Walians have won four of their five matches in the integrated league, taking them to only a point behind leaders Merthyr. Pontypridd lie back in fourth position, nine points adrift but with a game in hand.

The Pontypridd team selection reflects positive news on the injury front, with a number of players making a comeback following lengthy lay-offs. Lloyd Rowlands makes a start in the centre, with prop Will Davies-King and lock Shay Smallman on the bench.

Training for the Ponty squad was cancelled on Thursday evening with the whole of Rhondda-Cynon-Taf under whiteout conditions. The weather situation will be monitored over the coming thirty-six hours before a decision can be made whether the Carmarthen game goes ahead.

The Pontypridd team named to face Carmarthen is as follows: