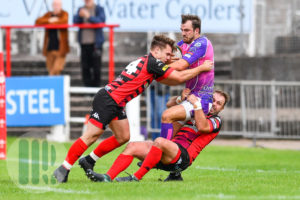 The Wizards sit second in the table having maintained a 100% record in the league so far with four wins out of four, two places and two points ahead of Pontypridd, but come to the House of Pain seeking a first win there since 2011.

Ponty were boosted by a last minute 21pts to 23 win away at Bridgend the previous weekend, whilst Aberavon had their game against Llandovery called off. Honours were shared in the league last season, the victories going with home advantage as Aberavon won by 25pts to 19 early in the campaign but Ponty recording a 43pts to 7 victory into the new year.

Making a welcome return from injury for Pontypridd are prop Morgan Bosanko and flanker Rhys Shellard, but lock Matt Davies forced out of contention with a back strain. The half back partnership that finished the game at Bridgend, Tom Rowlands and Diggy Bird, are given the nod to start against the Wizards.