Pontypridd host RGC in round five of the Indigo Premiership Cup Eastern pool on Saturday 16th October, the match kicking off at 2:30pm.

The games between Ponty and RGC usually produce exciting affairs with both sides looking to play an expansive, attractive style of rugby. During the last full season between 2019 and 2020, Ponty secured a win at home against RGC by 27-12 whilst RGC took the spoils at Parc Eiras by 26-8. 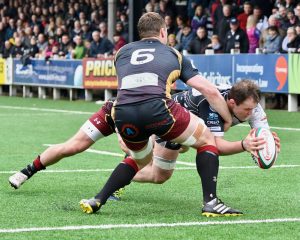