Pontypridd climbed up to third in the Premiership table with an impressive 32-25 bonus point victory over Ebbw Vale at Sardis Road. 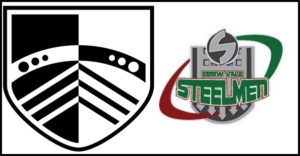 With both sides coming into the contest with only a single victory from their opening three games, the emphasis on a solid start was going to be paramount.

In what seemed like hundred-mile-an-hour winds at Sardis Road it was Pontypridd who came out of the blocks the fastest, scoring within ninety seconds of the kick off through Dale Stuckey who took Ben Jones’ floated pass brilliantly to score in the corner.

Ebbw Vale fell further behind moments later as Jones’ neat kick through the onrushing defence saw Lloyd Rowlands pick up and offload to Alex Webber who raced in from forty metres out for Ponty’s second try of the evening, both converted by Jones.

The Steelmen soon showed their metal though as a penalty and a try from Dan Haymond brought them back into the game. The fullback traded a further three points with Ben Jones whose time on the pitch was reduced by ten minutes after an altercation with Ebbw’s Cameron Regan, who was also sent to the bin. A well kicked Dale Stuckey penalty sent Ponty in at the break 20pts to 11 ahead.

The away side started the brighter of the two teams in the second half and scored within a minute of the restart through speedster Ewan Rosser with Haymond adding the extras. Their joy was short-lived though as superb hands from Stuckey and Webber paved the way for Morgan Sieniewski to sprint clear for Ponty’s third score.

The home team’s bonus point was soon in the bag as Jamie Hill burst down the blindside of the scrum to score near the corner, his try expertly converted by Jones before Ebbw captain Ashley Sweet bagged a losing bonus point with a consolation score right on time, converted by Haymond.