JOHN MANDERS HAS BEEN ELECTED TO THE POSITION OF NATIONAL COUNCIL MEMBER OF THE WELSH RUGBY UNION, AFTER WINNING A THREE-WAY VOTE AGAINST IEUAN EVANS AND NIGEL DAVIES. 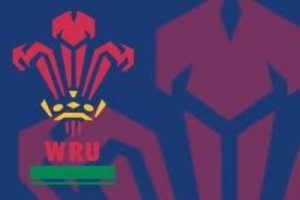 With well over 70% of member clubs returning ballot papers a record response was recorded for the voting process, after a digital system was employed for the first time.

The current ‘lockdown’ also meant hustings were conducted online, with questions from member clubs submitted in a popular live forum, where each candidate set out their candidacy for the role and this is a system the WRU are keen to repeat for future elections.

Manders’ tenure begins immediately and will expire at the end of the WRU’s Annual General Meeting in 2021, the remaining term of the post after it was vacated early by Mark Taylor.

“We are delighted to welcome John to the team,” said WRU chairman Gareth Davies.

“The National Council Member role is an important position within the WRU’s governance structure and I know John will be committed to making a difference to Welsh rugby.

“As a National Council Member, he will also be in a position to be elected to the WRU Board as Directors’ terms are completed.

“He has beaten two very tough and high profile candidates to the role and Welsh rugby can be extremely proud of the calibre of individual we are able to attract for these important governance positions.

“I would like to personally thank both Ieuan and Nigel for their candidacies and all three for the enthusiasm and professionalism with which they approached their campaigns.

“In John we have acquired someone with an incredibly strong community rugby background who, I’m sure, will bring absolute dedication to the role.”

Manders is a stalwart of Old Illtydians rugby club and has been a Welsh Youth international.

He played for Newport, Cardiff and Pontypridd, has served the Illts in multiple roles including chairman and team manager, and is described as the “heartbeat of the club”.

He is a former sergeant with South Wales Police and, after retiring from the Police service he has continued to work as an assessor, lectures in law at the University of South Wales, is also artistic director at Tickledom Theatrical Productions and a director of learning at Credwch Ltd.

“I am extremely proud to be appointed and it’s a huge privilege to be able to work for Welsh rugby at this level,” said Manders.

“I have had a tremendous amount of support from clubs around Wales and I would like to assure everyone that I will be working my hardest to repay the faith that has been shown in me.

“It was a great contest and I’d like to thank everyone who has given me a platform to speak and also the two other candidates in the race who have helped raise the profile of this important position.

“For me the hard work starts here, I am hugely privileged to be in this position and I am determined to make the most of it on behalf of the club game around the country.”