Ieuan Evans MBE has been elected as a National Council Member of the Welsh Rugby Union by member clubs, winning a three-way vote against incumbent Gareth Davies and Nigel Davies. 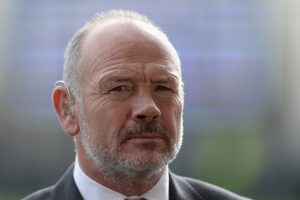 Evans’ tenure will begin after the close of the next Annual General Meeting in October, a gathering which will now also be the last act as WRU chairman for Davies – who leaves after serving two terms on the Council and Board concurrently, amounting to six years at the helm of Welsh rugby.

“It’s a huge honour to be chosen by member clubs to represent them on the WRU National Council and I will be doing everything I can to reward the faith they have shown in me” said former Carmarthen Quins, Llanelli, Bath, Wales and British & Irish Lions wing Evans, who has forged a distinguished ambassadorial and media career since his retirement from playing.

“The community game is essential to the general health and welfare of our national sport and it is on these foundations that we should build our future.

“Whilst we must constantly challenge, evaluate and review I would also like to thank Gareth for his dedication during his tenure on the council and his service to Welsh rugby over many years.”

At its meeting following the AGM the 19-strong WRU Council will elect or re-elect four of its members – including one of the National Council Members – to join the WRU Board.

The Board will then elect a new chair.

The WRU Board has 12 members in total and also includes the WRU CEO and two non-elected, non-executive directors and the chair of the Professional Rugby Board (PRB).

“Congratulations to Ieuan on winning this position on the National Council and thank you to Nigel also for the commitment and enthusiasm he showed for the contest,” added Gareth Davies.

“I campaigned for stability, but the clubs have spoken and voted for change as a new chair to be appointed once my term ends.

“I would like to take this opportunity to wish my successor well, whoever it may be, and thank everyone in Welsh rugby for the friendship, acceptance and also challenges that I have been privileged to enjoy over the last six years as chair.”