Chester born, Gareth Smith forged a career with the armed forces, working his way up the ranks to be a corporal with the Royal Welsh regiment. 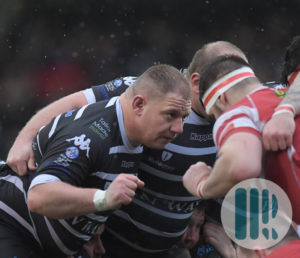 His rugby career developed in line with his military career, representing the British Army and Combined Services. Having established himself as a strong scrummaging tight head prop, Gareth also represented London Scottish in the English Championship during the 2017-18 season.

The following year Gareth answered the call to join up with Pontypridd who were in much need of front row reinforcement, and went on to make 20 appearances for the club.