The Pontypridd back row will have two additional contenders for selection when the new season gets underway as USW students Sion Edwards and Ross Barnes have been drafted into the senior squad. 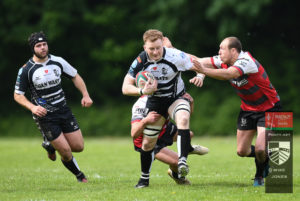 Openside flanker Sion Edwards (pictured above) has been rewarded for a run of impressive performances for Ponty in last season’s Premiership campaign.

The Porth product linked up with Ponty from the University of South Wales, the majority of his 12 club appearances coming off the bench. His contribution as a classic openside flanker, providing impetus and support, was noted and has earned a deserved call-up to the Pontypridd squad.

Ross Barnes can cover the blindside flanker and no8 positions with the ability also to step up to second row duties. The former Gloucester Academy intern who hails originally from Cheltenham has had previous Premiership experience with Swansea and Llandovery, and featured for Ponty on permit from USW towards the end of last season.