Pontypridd travel to face Ebbw Vale in the second round of Indigo Premiership Cup fixtures this coming Saturday 25th September, the match at Eugene Cross Park kicking off at 2:30pm.

Ebbw Vale secured a dramatic last-gasp victory away to Merthyr by 24pts to 26 whilst Ponty edged out Newport at Sardis Road by 19pts to 16. 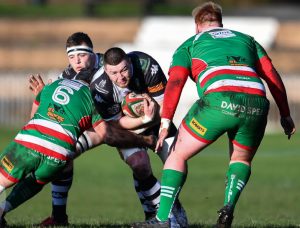 Honours were shared between the two clubs in the previous Premiership campaign, Ponty winning at home by 32pts to 25 in October 2019, but going down to defeat by 18pts to 5 in the reverse fixture the following January.

Ponty have to contend with a number of early season injuries, with lock James Little suffering shoulder damage in the win over Newport, flanker Rhys Shellard forced to withdraw from that match with a groin strain and no8 Joe Miles undergoing routine concussion protocol. Full back Morgan Richards is another absentee having gone down with illness.

The Pontypridd team selected to face Ebbw Vale is as follows: